What happens when attorneys and their clients disregard both the spirit and letter of the FRCP’s eDiscovery rules? As illustrated in the case below, very bad things.

Even federal judges have breaking points, and after more than 8 years, 400+ docket entries, and an almost incomprehensible number of ESI blunders, defendants and their counsel unfortunately (but not surprisingly) found themselves on the exploding end of a 103-page, court-imposed sanctions truth-bomb.

In 2012, plaintiff DR Distributors, LLC (“DR Distributors”), owners of the registered trademark “21st CENTURY SMOKE,” filed a trademark suit alleging violations of the Lanham Act for counterfeiting and infringement, unfair competition, and false designation, as well as related state-law claims against defendants 21 Century Smoking, Inc. (“21 Century”) and its owner, Brent Duke (“Duke”). Both parties sell and distribute electronic cigarettes. Both parties also acknowledged that their trademarks are confusingly similar, which ironically is one of the few things they seem capable of agreeing upon.

Plaintiff’s primary theory of the case was that 21 Century/Duke had wrongfully inserted a “metatag” using plaintiff’s “21st CENTURY SMOKE” trademark into Defendants’ webpage, helping drive internet traffic away from plaintiff and directly to defendant. While information stored in a metatag is not visibly displayed in an internet browser, it is often used by internet search engines (e.g., Google, Yahoo, etc.) when indexing and prioritizing the results of a web search. Defendants filed several counterclaims, including one count of defamation per se -- more on that later.

From early in the litigation, the Court emphasized the importance of eDiscovery to the potential multimillion-dollar case. The court asked counsel:

Over the next several years, defendants and their counsel repeatedly failed to heed the Court’s warning that it did not want to have “an e-discovery snag…[that] throws the entire [litigation] schedule out the window”.


Consequently, plaintiff filed a motion for “nuclear” sanctions in 2020 relating to defendants’ failure to timely produce ESI, spoliation, and other alleged misdeeds.

Plaintiff contended that due to the delay and egregiousness of the discovery deficiencies, it was reasonable for the Court to:

Apparently one former defense counsel agreed, confessing he “would be hard pressed to say there shouldn’t be sanction on this.” In deciding “what, if any, sanctions should be imposed, against whom, and under what authority,” the Court held five days of evidentiary hearings.

Duke somehow convinced a cadre of law firm partners and purported eDiscovery associates on the defense team that all relevant electronic data under his possession and control was located on the hard drives of four computers he owned, even though he used:

There were some obvious problems with this representation.

On the one hand, Duke never clarified that his GoDaddy emails, Yahoo! email, and Yahoo! Chat logs were not located on his computer hard drives, and defense counsel apparently failed to understand that a separate collection of these cloud-based accounts would be necessary.

On the other hand, Duke failed to let his counsel know that other potentially relevant business communications were located on other individual’s email accounts, including his employees’ private email accounts.

Defense counsel hired an ESI vendor, but only for the limited purpose of imaging and searching Duke’s hard drives. The vendor was initially unaware that web-based ESI existed. These misrepresentations and misunderstandings led directly to the withholding of thousands of relevant documents that Plaintiff could have used to buttress their legal arguments and impeach defendants. The Court admitted that some of the orders that were adverse to plaintiff would have likely gone plaintiff’s way had the withheld documents been produced in a timely manner.

Defense counsel allowed Duke to self-collect all of the ESI that was produced and did not undertake a reasonable inquiry required by Rule 26(g) to ensure the productions were correct and complete.

The lead attorneys on the case did not appear to understand the difference between web-based and client-based emails, and defense counsel’s attempts to shift blame to its ESI vendor fell on deaf ears. Perhaps most egregiously, when defense counsel finally realized that large quantities of discoverable ESI had been wrongly withheld and/or spoliated, they failed to notify the Court and the opposing party, “silently [sitting] on this information for years.” 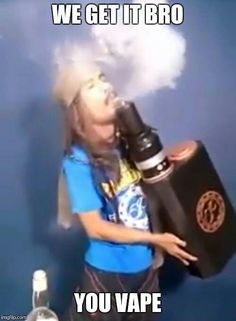 The Court rejected 28 U.S.C. § 1927 as a basis for sanctioning defense counsel for unreasonably protracting litigation, although it admitted that it certainly could have.


However, the Court chose to sanction defendants and defense counsel under the applicable provisions of Rule 26(g) as well as Rule 37(a), (b), and (c). While the Court declined to outright default Defendants or dismiss their counterclaims, it did issue some crippling sanctions including the following:

This case is yet another recent example of the courts’ mounting frustration with attorneys who fail to take their eDiscovery obligations seriously.

As stressed by the Court in its decision, it was not holding Defendants and defense counsel to a standard of perfection in identifying, preserving, collecting, and producing ESI. Rather, it was requiring reasonableness and good faith. Though lengthy, the Court’s decision is well written, organized, and cites to a myriad of helpful eDiscovery authorities. Seriously, read the whole thing if you get the chance – there are some real gems.

Courts are generally reluctant to sanction counsel and parties but will readily do so when they abuse the court system. Take, for example, the Defendants’ attempts to dismiss their own defamation counterclaim in a feeble attempt to circumvent their eDiscovery obligations. As the Court states in a footnote, “[I]t is critical to remember that Defendants were so flummoxed by this ESI that they sought to dismiss the defamation counterclaim to avoid being sanctioned.” It put plaintiff in the incredibly unusual position of arguing against dismissal of a counterclaim against them!

Remarkably the Court declined to impose monetary sanctions on either Defendants or former defense counsel, even though it appears the Court believed there was a strong foundational basis for doing so. Note part of its rationale for not imposing monetary sanctions:

“[Monetary sanctions] would be to compensate and remediate to a small extent the unnecessary prejudice Defendants and former defense counsel have inflicted on this Court and the thousands of other litigants whose cases could not be addressed because of the diversion of its resources caused by [them]. Defendants and the former defense counsel’s attitude toward their ESI responsibilities – even after a major ESI snafu – was wholly unreasonable and the damage they inflicted was easily avoidable…But the Court will not impose monetary sanctions because it would likely result in frivolous motion practice…So, to prevent even more waste of the Court’s time, the Court chooses not to impose it.”

If you’re concerned you might not be meeting your eDiscovery obligations, it’s time to do something. There are plenty of great eDiscovery CLE’s and other resources out there. Hire an eDiscovery vendor, hone your knowledge, and get your house in order.